Top 10 X-Men Villains Of All Time

The X-Men have one of the greatest rogues galleries not just in Marvel history but comic history as a whole. The team of merry mutants have been battling a lot of powerful foes in their long comic history ranging from mutants, superpowered beings, robots and simple humans. In this list, I will be going over who I believe are the top 10 rogues who oppose the Children of The Atom.

Possibly the most famous shapeshifter in comics, Raven Darkholme possesses an extremely unique yet dangerous set of skills. She has very deep ties to the X-Men team as she is the biological mother of Nightcrawler and the adoptive mother of Rogue, both long time members of the team. Since her first appearance in Ms Marvel #16 in 1978 (Yes, not an X-Men comic) her power set has never really changed, but she has complete control of her body’s cellular structure which allows her to change her shape, size, gender, sound and even smell. Alongside this, she boasts an extremely impressive healing factor as well as enhanced speed, strength, agility, durability, senses and reflexes.

Though Mystique has been on the side of the X-Men on occasions, she has also been a key member of the Brotherhood of Evil Mutants and constantly posed a threat to Xavier and his team. But given her habit of subterfuge and manipulation her loyalty will always lie with herself.

Mostly associated with Wolverine, Victor Creed is one of the most brutal and violent villains in all of comics. The feral mutant has been a thorn in the side of the X-Men for a long time, first appearing in Iron Fist #14 1977 (again, a non X-Men comic) he has a lot of similar abilities to Wolverine. Standing at an impressive 6 feet 6 inches tall, he also boats a healing factor that rivals Wolverine’s, superhuman: senses, speed, durability, strength, agility, reflexes and adamantium claws for nails.

Sabretooth was subject to horrific abuse when he was a child and was chained up like an animal in his family cellar for years, eventually chewing off his own hand and murdering his father. It is obvious that his damaged childhood played a huge part in him becoming the violent and vicious villain in his later years. Currently imprisoned on the mutant island of Krakoa, it’s only a matter of time until he breaks free and causes chaos for the X-Men once more.

The unstoppable Juggernaut Cain Marko, half brother of Professor X, is a force to be reckoned with. Often mistaken as a mutant, Cain actually gets his powers from the crimson gem of Cytorrak and is one of the X-Men’s longest standing villains. First appearing in X-Men #12 in 1965, Juggernaut is most known for his unlimited strength and has proven a worthy X-Men foe over the years. He has come to blows with the team of merry mutants on plenty of occasions, with the X-Men never being able to truly defeat him. As the saying goes, no one can really stop the Juggernaut, but there has been numerous fights with the X-Men that have gone down in Marvel history, such as his bar fight with Colossus in Uncanny X-Men #184 that show just how dominant Juggernaut is against one of the X-Men’s heaviest hitters.

Though, like Mystique, Juggernaut was briefly a member of the X-Men but there is no denying that he is also one of their greatest villains

The fact that a mere human is on this list already shows the impact that William Stryker has had on the X-Men. Stryker made an instant impact as his first appearance was in the absolute classic X-Men story ‘God Loves, Man Kills’. William Stryker is a very disturbed former military soldier who has done some frighteningly evil things such as killing his new born son when realising that he was a mutant and happily slaughtering mutant children.

Stryker became a preacher and believed that mutants were Satan’s creation, he felt a responsibility to carry out God’s work in destroying the monsters that Satan had created: the mutants. With the help of his secret paramilitary group the Purifiers, it is believed that Stryker is responsible for over 400 mutant deaths. Easily one of the least powerful villains on his list, he is possibly the most influential as he has caused mutants all over the world a great deal of pain and suffering.

A secret club for the social elite’s of the world, the Hellfire Club is filled with lots of powerful members who often have huge influences over economic and political matters. The Hellfire Club has a club inside a club who effectively run the whole show, they are known as the ‘Inner Circle’. Named after chess pieces, the members of the Inner Circle will take on the titles: Black/White (and later Red) Kings, Queens, Bishops and Rooks. With the most prominent members of the Inner Circle being mutants such as Sebastian Shaw, Jason Wyngarde aka Mastermind, Selene and Emma Frost, but not all members have been mutants.

A major motivation of the evil organization is for a mutant controlled world as they often oppose the X-Men’s ideals of a world where mutants and humans can co-exist. They played a huge part in the Dark Phoenix Saga and are massively responsible for unleashing the full power of the Phoenix force. Thanks to Jason Wyngarde’s mind tampering of the Phoenix, it was then transformed into the Dark Phoenix. Setting of possibly the most famous X-Men battle of them all.

The Phoenix force is most commonly associated with the fan favourite X-Man, Jean Grey. Of course, this is thanks to one of the best X-Men stories ever told, the Phoenix/Dark Phoenix Saga by legendary X-Men writer Chris Claremont and iconic artist John Byrne. Jean becoming the Dark Phoenix pitted her against her fellow X-Men, including the love of her life Cyclops. It also saw her destroy a star in the D’Bari system causing the death of billions of innocent beings and to add insult to injury, she slaughtered a Shi’ar spaceship on her way back to Earth. This saga had a lasting impact on the X-Men and the damage had been done, although not around for long Dark Phoenix caused a great amount of damage both physically and mentally on the team.

Created by Dr Bolivar Trask, the Sentinels are giant sized mutant hunting robots. They are kitted out with a vast variety of weapons to counteract mutant powers and even have DNA and infra-red scanners, capable of identifying mutants. Although not the most powerful of villains, the Sentinels are more than capable of destroying mutant kind. Take for example one of the X-Men’s most famous stories ‘Days of Future, Past’ where a chain of events caused North America to be taken over by the Sentinels as they manged to eliminate most of mutants and super powered beings alike, throwing the survivors into concentration camps.

Sentinels have been a huge problem for the X-Men and consistently cause chaos for the mutants of the Marvel universe. Unfortunately for Xavier and the X-Men, the Sentinel programme will always be present as continuous hatred for the mutant race will always exist. 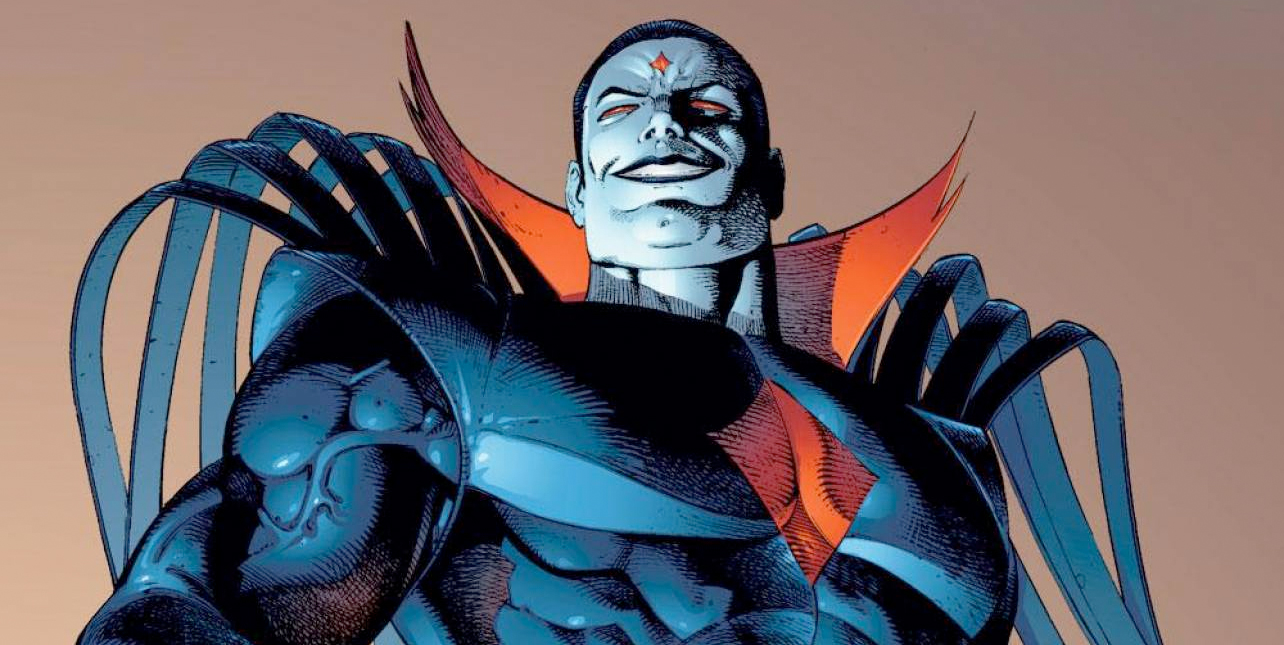 Born in the 19th century, Nathaniel Essex was a scientist who was genetically mutated by the X-Men villain Apocalypse. He has a vast array of powers such as telepathy, telekinesis, energy projection, shapeshifting and incredible regenerative abilities. Being obsessed with genetics himself, Sinister has consistently improved himself from his initial transformation by experimenting and incorporating mutant genetic material into himself to gain their abilities.

He is most notable as being obsessed with Scott Summers (Cyclops) and Jean Grey and has had a huge effect on the Summers family life. Revealed to have manipulated a lot of events that happened in Scott’s life (even experimenting on him when he was just a young boy), Sinister came to the conclusion that if Cyclops and Jean Grey ever had a child, they would become an unbelievably powerful mutant capable of destroying Apocalypse. This caused many more acts of manipulation towards Cyclops such as creating Madelyne Pryor (a clone of Jean Grey) and sending her to fall in love with Cyclops alongside many more despicable acts.

Sinister is a mass manipulator and straight up evil. Having been alive since the 19th century, he has even played parts in WWII, working with the Nazi’s and being known as ‘Nosforatu’. Take that as you will…

Often known as the very first mutant, En Sabah Nur dates back all the way to ancient Egypt. He poses possibly the biggest threat to the X-Men and even the earth. He is responsible for many of the tragedies in X-Men history but none more notable than what he did to fellow mutant Angel. Apocalypse is famous for having his ‘Four Horseman’ and after the former X-Man Angel had lost his wings, Apocalypse granted him artificial wings on the condition that he would serve the mad mutant as his Horseman ‘Death’. He was also responsible for the mutant Cable’s (son of Cyclops and Madelyne Pryor) unusual appearance as he was the one who infected Cable with a techno organic virus.

Apocalypse has an enormous arsenal of powers thanks to not only his mutant abilities but also being exposed to celestial technology and techno organic viruses. En Sabah Nur’s views are that the strong dominate the weak and the weak should be destroyed, of course this doesn’t sit well with Xavier and his X-Men team. But unfortunately for the X-Men, Apocalypse is easily capable of taking on numerous X-Men at once and the storyline ‘Age of Apocalypse’ gave readers an idea of what Apocalypse was capable of as it saw him take over the entire world and shape it in his image.

Who else could it possibly be? Not only one of the X-Men’s notorious villains, but also one of Marvel’s as a whole. One of the most complex character’s in the history of comics, Magneto is a holocaust survivor and has bared witness to what hatred and dread of those that are different can produce. He is the oldest foe of the X-Men but his motives can often seem sympathetic, but his methods… maybe not so much. Actions such as ripping Wolverine’s adamantium out of his body, founding the Brotherhood of Evil Mutants and destroying an entire city certainly put his actions up there with the most villainous of all but it now seems as though those days are behind him.

Magneto is now a long standing member of the X-Men team and his villainous ways seem to be behind him, however his past actions definitely cement him as the X-Men’s best villain of all time.